I’m a huge Reese’s peanut butter cup fan. As a teenager, I remember my sister and I heading to Target to buy up the after holiday candy and we would stock up on Reese’s cups like you wouldn’t believe. As much as I would like to do that now, my pants will not allow it. It’s either the candy or them. But I wanted a cleaner and less sugary version of the original, so I started playing with a recipe. 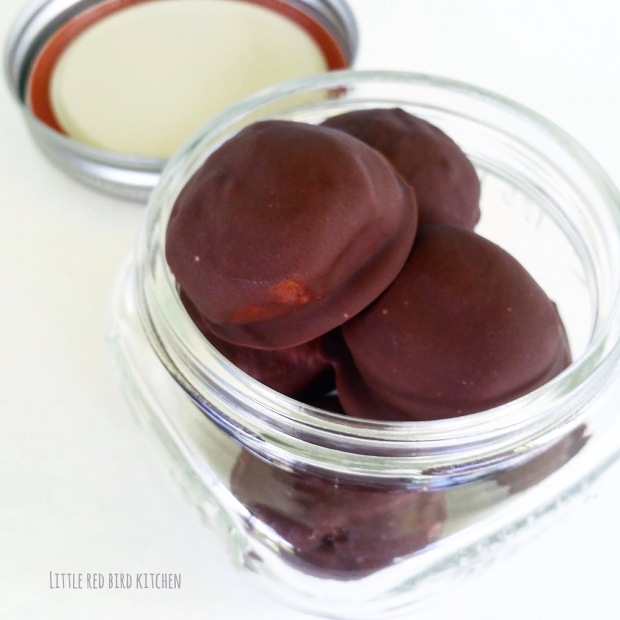 Even if you don’t use almond flour or Swerve, making this recipe yourself will still have less sugar, carbs, and other non-candy things than what you will find in the store. I would measure your sugar of choice, a tablespoon or two at a time, to determine sweetness preference.

1. Melt chocolate in a microwave safe bowl, in intervals of 15 seconds, mixing in between, until melted. Set aside to cool.

2. Add the rest of the ingredients into a bowl and mix until well combined. Remember to add more almond flour  (for low carb), or confectioner’s sugar, one tablespoon at a time to get the right consistency and sweetness level desired.

3. Roll nut mixture into 1 inch rounds and dip into chocolate, covering the exterior. Place on parchment paper in a 9 x 9 pan. Refrigerate for about an hour or into the freezer for 30 minutes. Serve and enjoy.